Keynote: The (Un)Expected Impact of Tools in Software Evolution 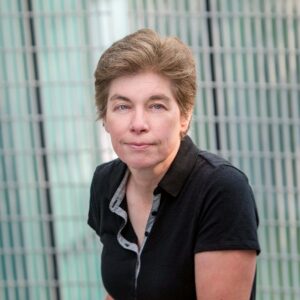 Bio: Gail C. Murphy is a Professor of Computer Science and Vice-President Research and Innovation at the University of British Columbia. She is a Fellow of the Royal Society of Canada and a Fellow of the Association for Computing Machinery (ACM), as well as co-founder of Tasktop Technologies Incorporated.
After completing her B.Sc. at the University of Alberta in 1987, she worked for five years as a software engineer in the Lower Mainland. She later pursued graduate studies in computer science at the University of Washington, earning first a M.Sc. (1994) and then a Ph.D. (1996) before joining UBC.
Dr. Murphy’s research focuses on improving the productivity of software developers and knowledge workers by providing the necessary tools to identify, manage and coordinate the information that matters most for their work. She also maintains an active research group with post-doctoral and graduate students. 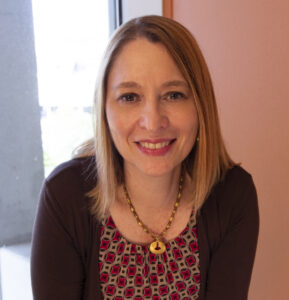 Speaker: Grace Lewis, Carnegie Mellon University
Abstract: Developing software systems that contain machine learning (ML) components requires an end-to-end perspective that considers the unique life cycle of these components — from data acquisition, to model training, to model deployment and evolution. While there is an understanding that ML components in the end are software components, there are some characteristics of ML components that bring challenges to software architecture and design activities, such as data-dependent behavior, model drift over time, and timely collection of labeled data to inform retraining. In this talk I will highlight some of these challenges, along with thoughts on practices and remaining gaps for successfully architecting ML-enabled systems.

Bio: Grace Lewis is a principal researcher and lead of the Tactical and AI-enabled Systems (TAS) initiative at the Software Engineering Institute at Carnegie Mellon University. Lewis is the principal investigator for the “Automating Mismatch Detection and Testing in ML Systems” and “Predicting Inference Degradation in Production ML Systems. Grace’s current areas of expertise and interest include software engineering for AI/ML systems, edge computing, software architecture (in particular the development of software architecture practices for systems that integrate emerging technologies), and software engineering in society. Grace received a Ph.D. in Computer Science from Vrije Universiteit Amsterdam. She is also very active in the IEEE Computer Society, currently serving as VP for Technical and Conference Activities (T&C) and a member of the Board of Governors. 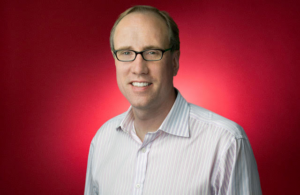 Speaker: Steven Jeromy Carriere, Datadog
Abstract: “Scale” is a complex notion that encompasses some easy-ish-to-measure factors such as the resource footprint or transaction rate of a system, but also substantially more subtle considerations such as service dependencies that influence the cost of making changes and team behaviors that affect how long it takes to resolve a production issue. This talk will offer some experiences – successes and failures – in applying the principles and practices of software architecture as leverage over a few challenges typical of large-scale systems. These challenges will include operability, observability, and product delivery velocity.

Bio: Jeromy is Senior Vice President, Engineering at Datadog, where his teams build all of Datadog’s observability products, including cloud monitoring, log management, network monitoring, real user monitoring, application performance management, and continuous profiling. Prior to Datadog, Jeromy was an engineering director at Facebook, leading a team building a service management platform for Facebook’s private cloud; before that, he was at Google, where his teams built the Google Stackdriver product suite for monitoring, logging, and tracing as part of the Google Cloud Platform. A common theme in these roles is the application of the principles and practice of software architecture to better inform system design and operational quality.
Jeromy previously played architect and management roles at eBay, Yahoo!, Vistaprint, Fidelity Investments, Microsoft, AOL, and the Software Engineering Institute, and co-founded Kinitos and Quack.com.

This website uses cookies to improve your experience while you navigate through the website. Out of these cookies, the cookies that are categorized as necessary are stored on your browser as they are essential for the working of basic functionalities of the website. We also use third-party cookies that help us analyze and understand how you use this website. These cookies will be stored in your browser only with your consent. You also have the option to opt-out of these cookies. But opting out of some of these cookies may have an effect on your browsing experience.
Necessary Always Enabled
Necessary cookies are absolutely essential for the website to function properly. This category only includes cookies that ensures basic functionalities and security features of the website. These cookies do not store any personal information.
Non-necessary
Any cookies that may not be particularly necessary for the website to function and is used specifically to collect user personal data via analytics, ads, other embedded contents are termed as non-necessary cookies. It is mandatory to procure user consent prior to running these cookies on your website.
SAVE & ACCEPT